How to succeed despite the difficulties 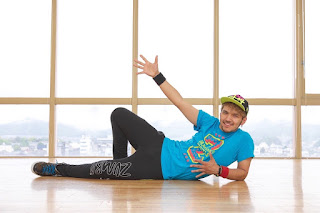 Mario Kanashiro has got an excellent justification to celebrate. He just upgraded as a Master Trainer for the entire Japan in shaka-dance, dance classes combinating hip-hop, African, music hall  with acardio-vascular workout plan. In this new position, he’s in charge of granting the licenses for trainers who teach it.

“Here In Japan, there is more work life than personal life or to relax,” this Peruvian born in Lima City, on November 12th, 1990, comments. He had to migrate with his family when he was just 5 years old. Today, he’s an athlete full of charisma and love, but almost a decade ago, he was totally opposite – sedentary, apathetic, selfish. What happened to his life that brought him out from darkness to light?

Until he was 21 years old, he worked in NTT, one of the largest Japan’s phone companies, translating from Japanese to Spanish and viceversa. “I didn’t, had no intrest on any sport neither; in fact, I had no physique.”

Since he was 20 years old, he began to feel the whole right side of his body lulled: “I felt pain from the neck to the right hand, and I was losing power and sensitivity in my right leg and foot.” He attended two hospitals for an exam, but the surveys didn’t find problems in his muscles and bones, as the first suspicious was. In fact, he has them well formed.

There’s ever a before and an after
The surveys showed a rare anomaly in his neck’s veins just around his second vertebra: they were very narrow, complicating the blood flow, so they didn’t favor a good oxygenation of the body. The surgery was the only way to correct it. However, this procedure was not enough for him to recuperate the mobility of his ends. That’s why he had to go to physical rehabilitation, and the sport was the solution: “I started to build muscle in arms and the hand for having strength when I catch by using low weight; I also did stretches”

During the process, he took a zumba class, he realized he could dance –very well—and he liked it a lot: “I didn’t know to dance, it didn’t provocate me, it didn’t call my attention neither, despite I played the electric guitar between 16 and 20 years old… I performed rock and metal, I even play it good today – I’ve not lost the technique.” He followed to develop as a trainee until he prepared to be a trainer, and the rest is history.

“As for playing guitar you must listen to the drums and the bass, your ear achieves sensitivity for bass ranges, and it’s the same guide I use for creating choreographies,” he explains. “I’m going to be 7 years this year, holding dance classes and training that – I continue to do stretches, I do functionaltraining, and I play video-games in my free times to relax.” Inclusive, Mario sometimes trained weights.

Growing takes much time
When Mario gave his first class, nobody attended. The next one, two persons attended. Then, five, seven, until he got his first 20-people group. Today, his groups are until… 40 people! Although it depends on the gymnasium he goes to, but his minimum doesn’t fall down 20 people. Even he lives in Nagoya, his work brings him through several gyms across the island, and getting a way was not simple to him due to the Japanese public prefers to support the Japanese trainers. The effort costed him six years.

“When I began, there were teachers who suggested not to attend my classes because I was a rookie, or the people could injury or I knew nothing of fitness,” he remembers. “Today, I’m the teacher of those teachers, and many get wide open mouth when they see the change, because I became better than them.”

Mario describes his pupils like in constant learning mode, like they’re attending to the school, and there’s something new to know everyday. “When I give three continued clases, I have the same pupils. For example, the first class is cultural dance, the second is fitness dance, and the third is hip-hop.” The cultural dances are those ones not available at the disco or in its original country, “and we put them difficult steps, so they can take until two months to learn an only choreography.”

And if he highlighted at dance classrooms, his mixed look has noticed too. One day after attending an event, somebody proposed him to be a model.  The only experience he had up to then was to be the cover boy of his high-school in promotional flyers and posters as well when he was a teenager.

“I signed up a talents school three years ago and I started to have many courses becoming to model HiBowl’s clothes. I was modeling until two years ago, but my career as a trainer became more exigent, so I do it very rarely.”

His casting was exigent too. His face or his body weren’t enough. As they learned he knows to dance, they included that test. But maybe the difficult part was an interview before five judges who examined absolutely everything: his best insights, his skills, even how he mannered. From 1000 people, only 80 passed.

“I’d like following to model clothes, but as I do sports, I’d like to model sportswear or dancewear, as much as I’m becoming known across Japan. If the chance to feature it appears, it would be great.” 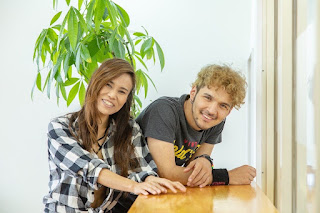 Bad times serve to improve
Mario sustains his better achievement until now has been learning to dance. Critics he had in the beginning pushed him to learn more, to get out his town and having classes, to perfectionate his style, to give his best to his pupils: “I take the critic to improve my work,” he affirms. “If the pupil says you something not to like, it’s not to bother but for you to improve.” He adds if when his work began he was very criticized, it was because he interested to many people.

“We live because of the clients – if there are no clients, there is no class, so you ever have to know how to listen to them,” he states. “There’s still people who prefers a Japanese teaching Latin music instead of a Latin teaching Latin music. I did mind it very much, but I learned now that if the people want to learn Latin music with a Latin guy, and they want to have my class, so have it. If not, they miss it.”

His veins narrowness faced Mario to his lifetime plan, and the answer was to encourage, although that was not easy in the beginning: “The doctor said me raw straight on my bare face that if I did not do the treatment, I was becoming worst. Then initially, more by the pushing of the doctor instead of myself, I went to the gym.”

Despite he overcame his condition so successfully, some sequels are remaining – his right hand is weaker than his left hand (so he prefers to carry stuff with the second one). Sometimes, he feel  an inner itch in the right arm followed by a redness, what can happen when he drives his car or when he’s holding a class. Fortunately, he attends his controls every two years (initially, they were monthly and they were elapsing progressively), and he continues to meet the doctor who encouraged him to take the control of himself – Sensei Izumi. 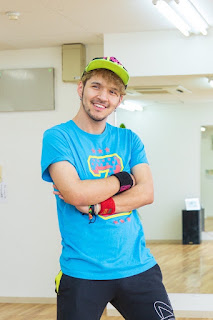 You grow when you validate and share what you learn
“My another achievement is my trainee has become a trainer, that has taken the same motivation and the same opportunities,” he comments proudly. “Four of my pupils are trainers now.” He specialized in shaka-dance, got his license, and became to give classes with that same discipline’s creator Samira Talha, across Japan in July 2019. And Talha herself was who chose him to go with her: “ I felt happy and nervous as well, because I never thought  I was to work so.”

While we were producing this story, Mario was upgraded to Master Trainer. “I couldn’t believe it, but I understood that everything turns around, that it was because of the time I hhad dedicated to my work,” he says us in exclusive. “When I see in retrospective, I realise that everything happened to arrive to this very moment, and I follow to learn. Samira says us that we must follow to study and go up, despite the position we get.”

“Up to before my illness, I used to be very selfish and negative. I got angry to the people who loved me. When I got sick, I knew what my family and my friends –two— were, who never missed me to visit, despite I knew a lot of people. That was when I realized who loved me and who didn’t, and I started to value more my family and true friends, I started to change because I felt I might give back all that love.”

Business are business… until certain point
“When I began to work, I had no explanation about why the people paid 500 yens, equivalent to 5 dollars, to have a class, when I was not sure if I was doing it well, until a female pupil said me that she came to my class because she felt she was learning. Then, I realised I was rounding myself with people motivated to learn, who saw me to make a new step, and asked me how to make it,” he meditates. “I understood  that for the people, it’s important what I can teach them.”

“That made me to opened my heart, and I turned back to believe in the people, because I left to believe in the people,” he adds. “And that made I valued myself much more, because inclusive I came to think I wasn’t important.” His pupils affirm Mario has a very special energy, that allows him to empathize and feel comfortable with any person, even who envy him, and even them who have come to enter his classes for getting him out of the way, unsuccessfully.

“That’s why we never have to give up, ever have to follow learning,” he says. “There are people who can do some things and can’t do other ones, but to get them, you have to practice them. That learning and that love I put it on is what the people like.” Mario also encourages his pupils to develop their own style instead of copying his, and to practice it hard until getting it. “And they play their part.”

“Another issue is this is a business for real, and there are teachers who study to make money, but you have to identify in your work what thing is actually money and what thing you have to study to have a profession. I can have one only person in my class, as well as having 40. Of course, if one attends, I can dedicate 100%, and if more arrive, I have to deliver it, but ever focused on giving my best.” 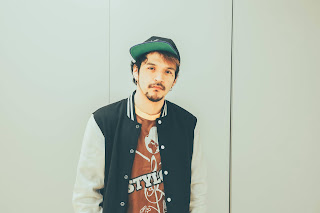 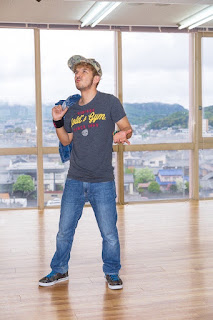 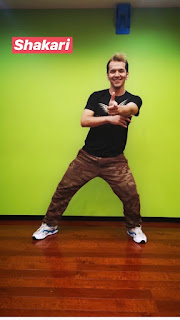